Vietnam's langurs are some of the most endangered primates on Earth.

Langurs are monkeys belonging to the subfamily Colobinae.

They are “Old World” monkeys with an extremely large family of primates with 159 species and 23 genera presently recognized in Asia. 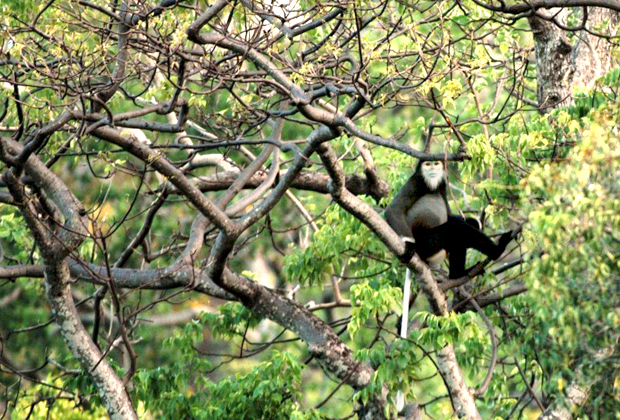 Meet the Langurs at EPRC below ↓ 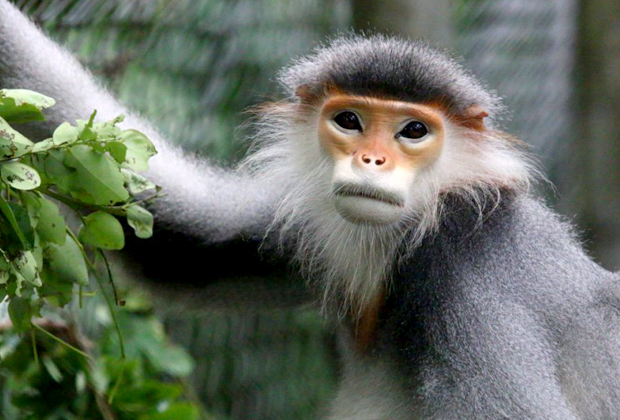 "What exactly is a langur?" you may ask.

Langurs are a type of leaf-eating monkey whose multi-chambered stomach allows them to digest the stodgy plant food in between feeding times. The complicated digesting system is the reason for their big belly. Langurs have a high fiber diet, which can range from leaves and unripe fruits to bark and blossom are slowly digested by the Langurs unique gut flora digested during their long rest periods. You can tell if their stomach is working when you hear them burp.

Langurs belong to a family of primates known as Cercopithecidae, or Old World monkeys. An extremely large family of primates, the 159 species and 23 genera presently recognized range across Africa, India, East, and South East Asia. The family is subdivided into two subfamilies; the Cercopithecinae, which includes the baboons, macaques, mangabeys, and guenons, and the Colobinae, which includes the leaf-eating monkeys. The subfamily Colobinae is further divided into two tribes, the Colobini, or Colobus monkeys of Africa, and the tribe Presbytini, which includes the Langurs of Asia.

All of Vietnams leaf-eating primates are threatened!

GET TO KNOW VIETNAM'S LANGURS

Vietnam’s Langurs are some of the most endangered primates on Earth, living on the brink of extinction. To some people, they are considered as a precious source for traditional medicine, or more horrifyingly, an exotic jungle food. And to others Langurs are just another form of entertainment, fun-to-have-at-home, swinging and climbing monkey pet. To us, they are magical primates, whose story we want to share with you.

In Vietnam, 12 species of leaf-eating monkeys are have been recognized, spreading from the North to the South. They are in three genera, Pygathrix, the Douc Langurs, Rhinopithecus, the Snub-Nosed Monkeys and Trachypithecus, or Crested Langurs.

The Douc Langurs and Snub-Nosed monkeys are quite colorful, and the Trachypithecus, while not as fortunate to have the flamboyant colors of the others in adulthood, gives birth to bright orange babies, whose color begins to change to that of an adult in the first 6 months of life.

Of the 7 species of Trachypithecus Langurs found in Vietnam, 3 occupy rainforest habitat whilst the other 4 are perfectly adapted for life in the limestone landscape of northern and central Vietnam.

Despite having a long to very long tail, Langurs do not use their tail to manipulate or hold objects. The tail is not prehensile. But instead, the tail of Langurs is dedicated wholly to help them balance when moving on branches or jumping amongst the forest canopy. Interestingly enough, nature favored Langurs with such an incredible design that allows them to jump up to 12 meters from high to low. Some Langurs also use this tail to communicate. The Douc Langurs will swing the tail from side to side, or twirl in a circular motion to signal a threat or dominance.

All of Vietnams leaf-eating primates are threatened, with 4 species listed as Endangered and 5 species Critically Endangered, including the 3 Vietnamese endemics, the Delacour’s Langur, Cat Ba Langur, and the Tonkin Snub-Nosed Langur.

Meet the Langurs
at EPRC 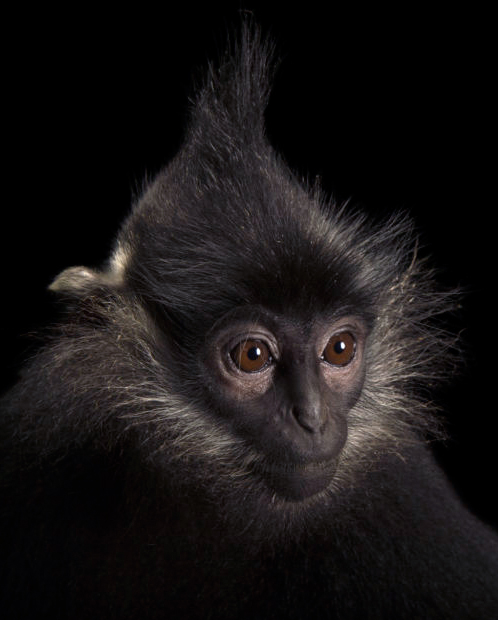 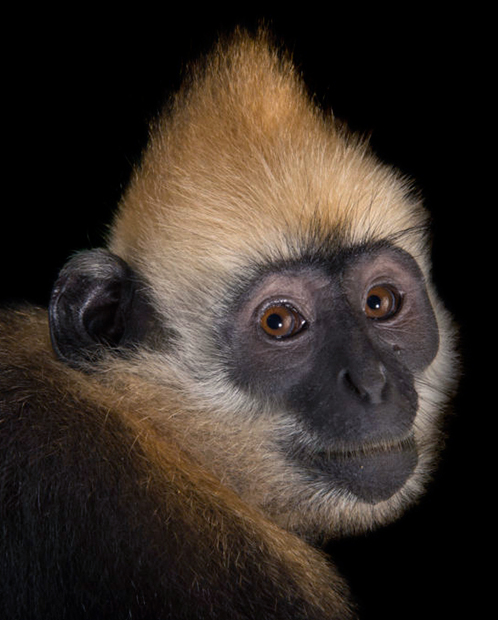 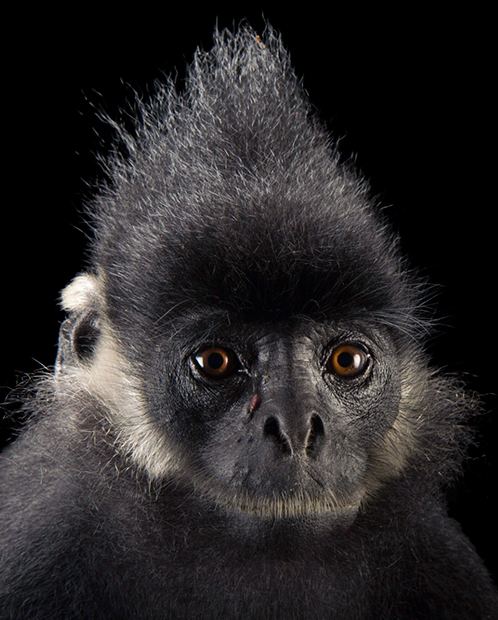 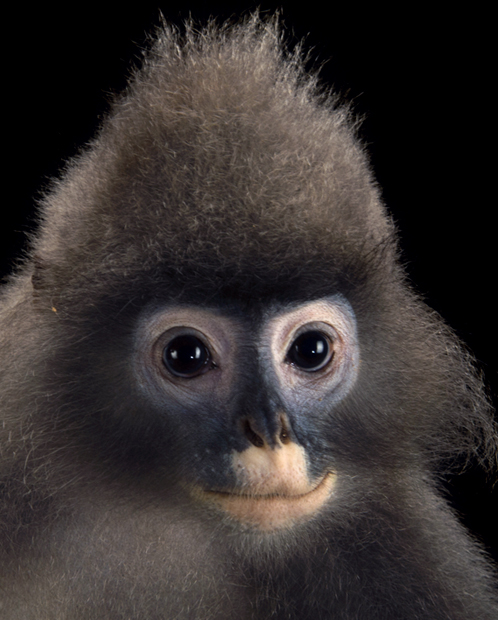 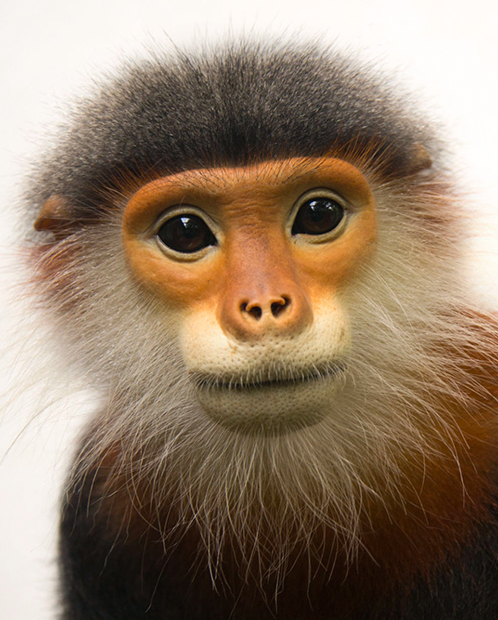 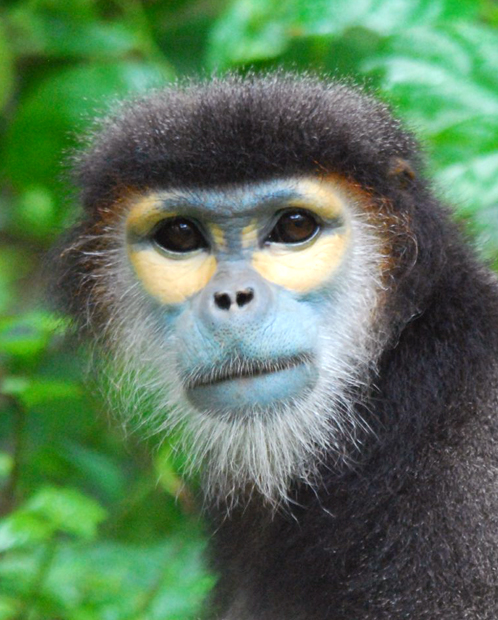