For 28 years we have been active in the conservation of Vietnams threatened primate fauna.

This is our story 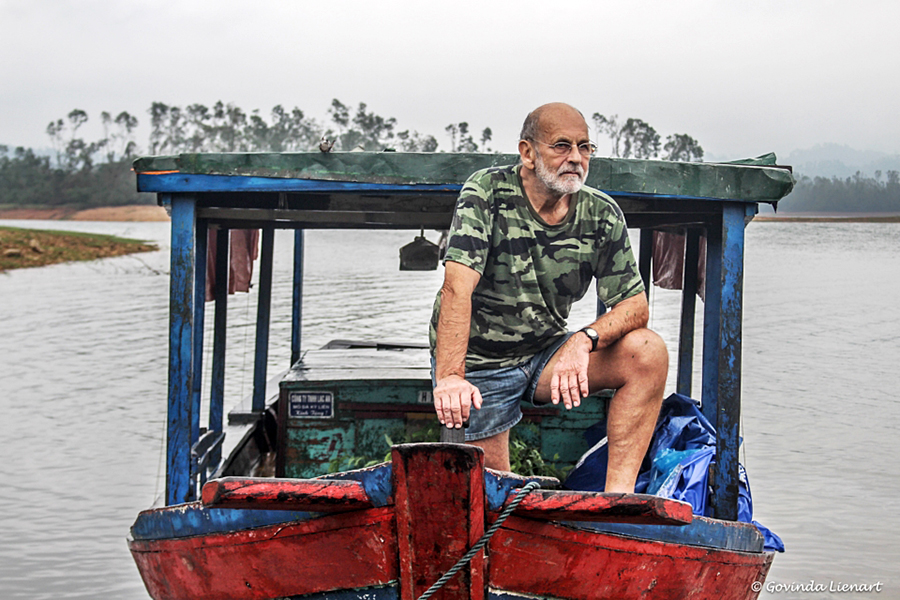 Over the lifetime of EPRC we have rescued more than 300 rare primates from the illegal wildlife trade in Vietnam. 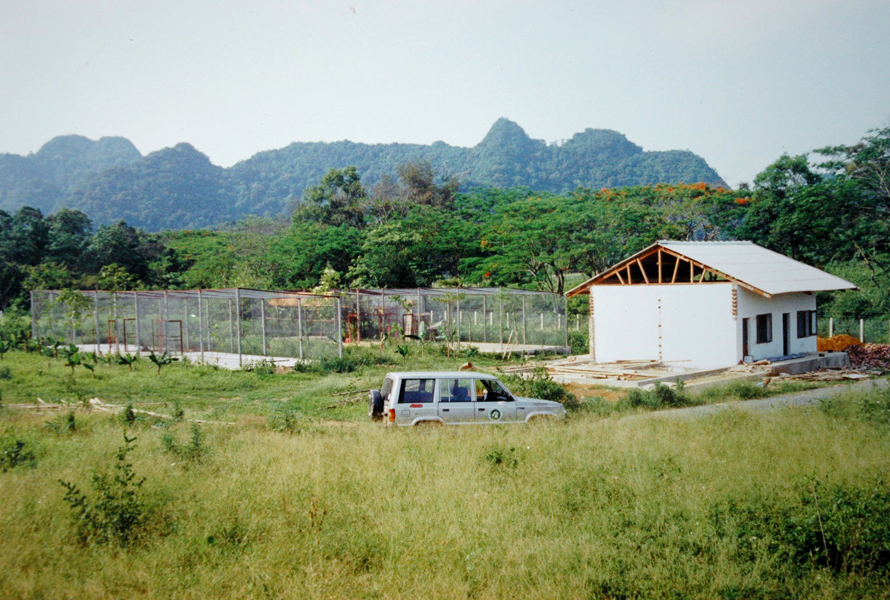 EPRC is founded by Tilo Nadler, project manager of the FZS. Confiscation of the first primates, two Delacour langurs.

EPRC gets a 1-hectare area in Cúc Phương National Park, its final location

The first release a group of 4  Delacour langurs to Van Long Nature Reserve area – one of their well protected natural habitat where about 120 other individuals are living.
The EPRC field releasing project keep monitor the area and the condition of the released langur for more than 3 years after.

Zoo Leipzig takes over full support and management of EPRC.

In 1991, the Frankfurt Zoological Society (FZS) initiates a project in Cúc Phương National Park (CPNP) to assess the status of the Delacours langur.
This project is an important milestone marking a long-term cooperation relationship between the two countries of the Federal Republic of Germany and Vietnam in the field of wildlife conservation

The story of the Endangered Primate Rescue Center began in 1991/1992 with the initial preparations for the project. In January 1993 the project manager Tilo Nadler started his work in Cuc Phuong National Park, with a focus to a reorganization of the forest ranger department and an intensifying of ranger patrols. The aim was to reduce poaching and logging inside the national park and to control and reduce the illegal wildlife trade in the parks surrounds.

An unexpected event at the very beginning of the project was the confiscation of the first animals; two young Delacour’s langurs, the flagship species of the project. The langurs were not in a good state of health, issues with the digestion system were evident and both animals had suffered injuries in the hands of hunters. The nearly one meter long tail of one animal was squashed on the end and it was urgently necessary to amputate about 10 cm. The animals survived and were named: Short-tail and Long-tail.

Surveys in the national park and in surrounding areas showed the very high hunting pressure and a release of the animals would put them again in high danger. This would also be the case for a number of confiscated endangered primates which quickly arrived in Cuc Phuong National Park as a result of stricter law enforcement. The rapidly growing numbers of primates required immediate housing and care, further to this an official decision to keep animals of highly endangered species was needed. Finally, the Ministry of Forestry Vietnam, foreign organizations and the IUCN Primate Specialist group signed an agreement for the legal establishment of an Endangered Primate Rescue Center in Cuc Phuong National Park.

With more confiscated Delacour’s langurs, the two males short-tail and long-tail the first confiscated individuals, became important founders for the establishment of the captive breeding program.

Very soon, the original area was no longer suitable for adequately housing the growing number of confiscated primates. Further development was required to care for these individuals, some of the world’s rarest species. 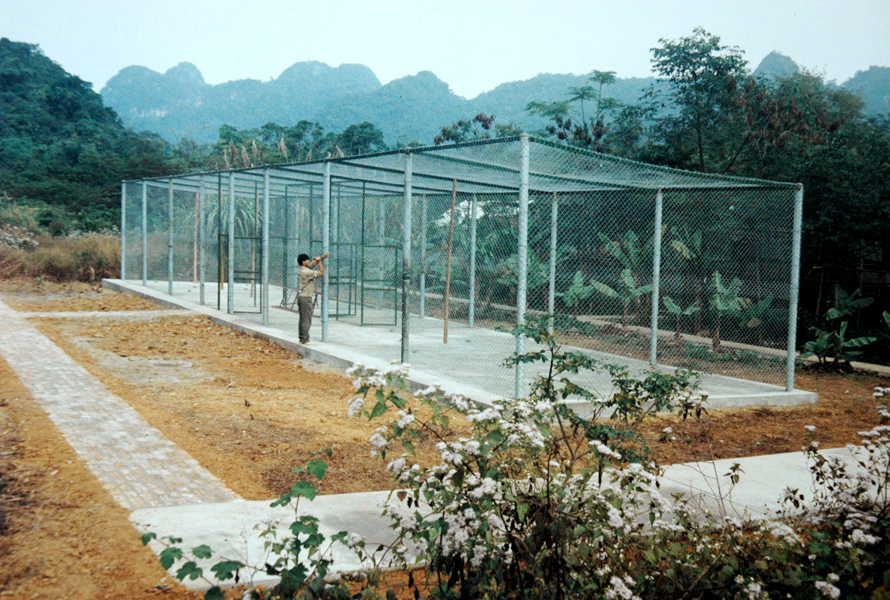 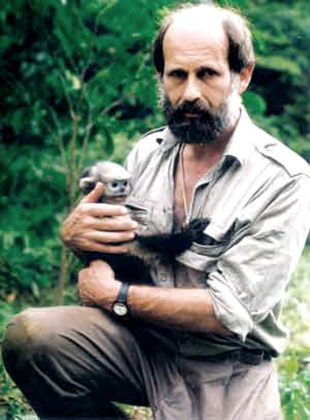 In 1995, after two years of operating with temporary constructions and basic cages, the national park provided a one-hectare area for development of the EPRC. The area was agricultural land without any trees or shade but made it possible to construct the first two comfortable and stable enclosures. Tree planting was an important first task to provide shade and a better climate for captive animals.

With stricter law enforcement and intensified ranger work, the number of confiscated individuals continued to grow faster than the available space at the EPRC. In a short time, the construction of more enclosure complexes was necessary and the national park generously allowed an extension of the area.

Several times the boundary fence of the EPRC was moved to provide space for new enclosures. The need for additional space was not only a result of increased confiscation but also of the success of the EPRC breeding programs.

In 1997 a 2-hectare semi-wild area of primary forest was surrounded with an electric fence to provide training for animals prior to release. In 2001 the second area of about 5 hectares was also fenced and a number of animals of different species have been kept in both enclosures.

Over the past 20 years, the number of enclosures has increased from two covering 275 square meters to 50 covering a total surface of about 3,200 square meters.

In addition to the enclosures, four houses were built for primates. These houses are equipped with electrical heating systems to provide suitable conditions for individuals from central and southern Vietnam.

In 2013 Zoo Leipzig in Germany took over full management responsibility of the EPRC. The zoo has supported the EPRC with funds and staff since 2000 and is committed to supporting the growth and success of the EPRC well into the future.

The Delacour’s Langur is endemic to a small section of northern Vietnam. Named for French-American ornithologist Jean Théodore Delacour. It is considered to be one of the world’s most endangered primate species. 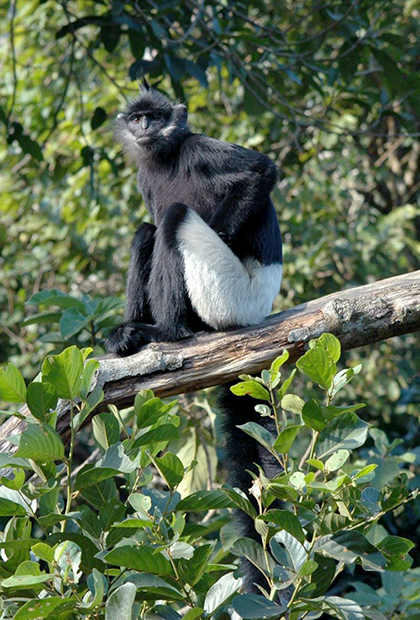 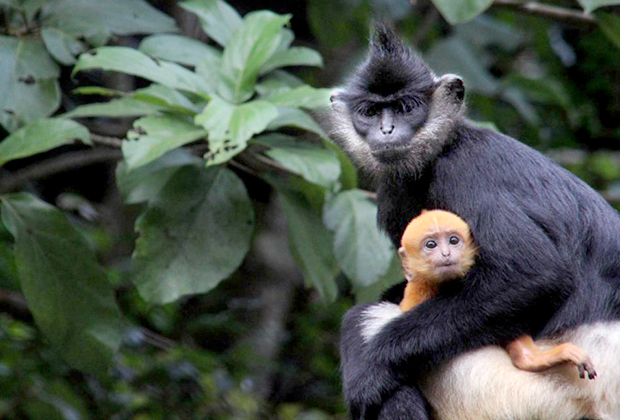