It’s been 4 years since Beo rescued, we still can’t forget the image of the pitiful baby Langur who used to hold keeper’s hands every day, mouth on the tiny milk bottle. But now, he is no longer a baby with sad eyes anymore. Beo has officially ‘graduated’ from our kindergarten. 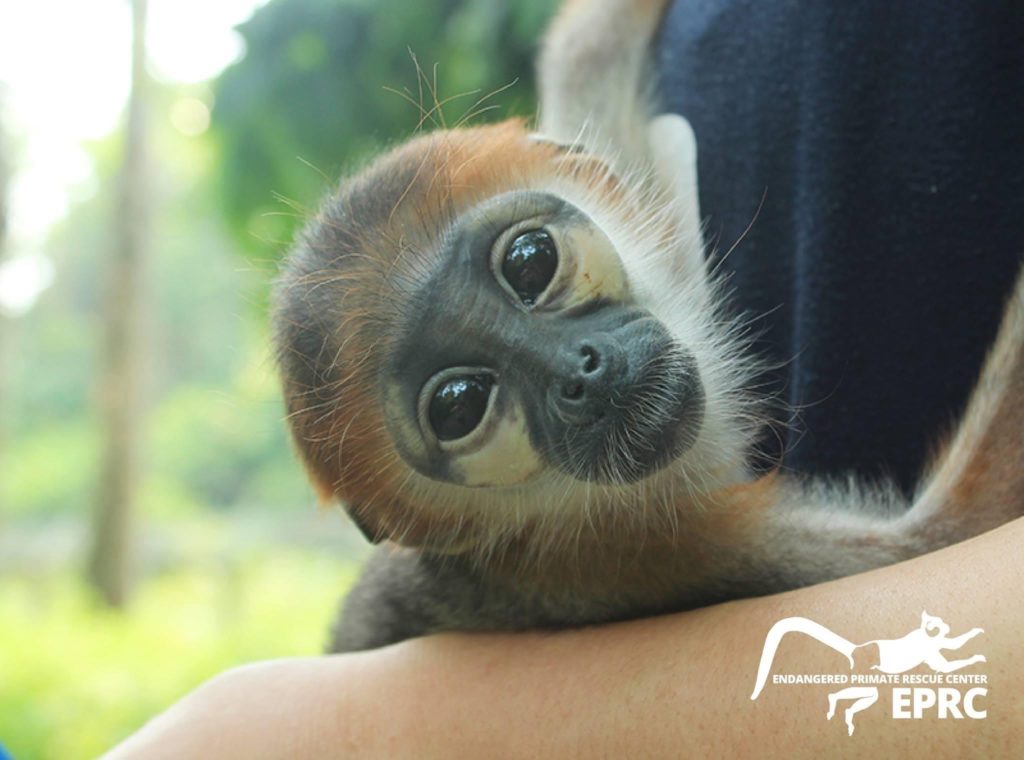 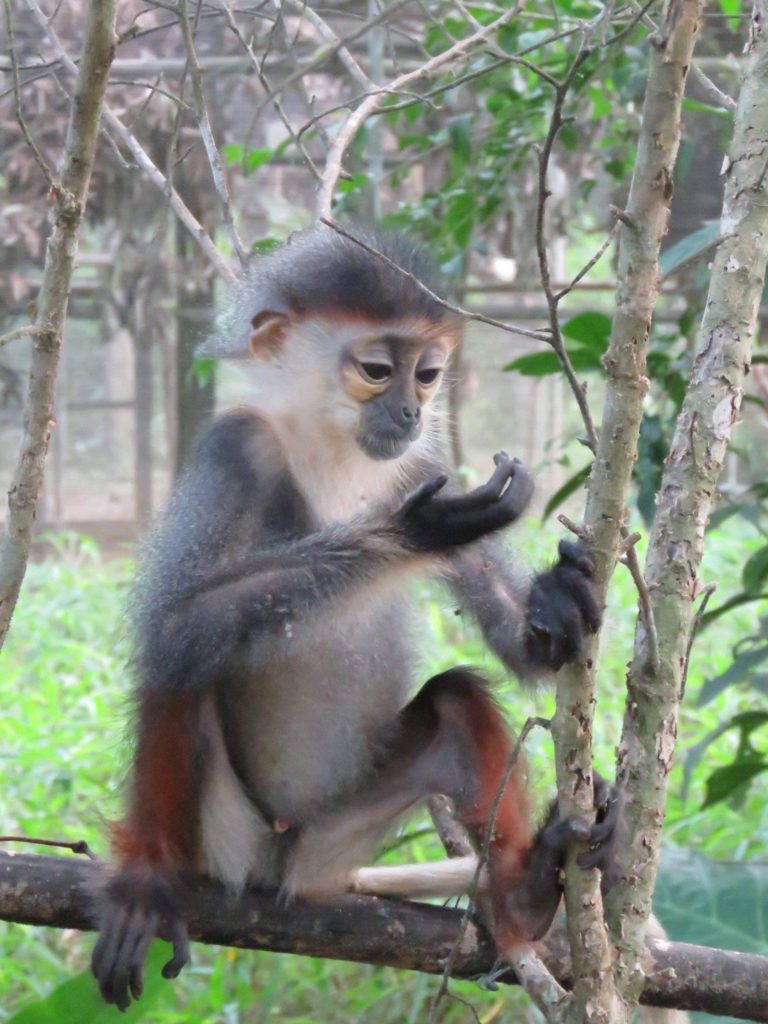 In February 2017, while rangers patrolling, Beo was found in a small locals house on the edge of the jungle. At that moment, Beo was only a month old. People fed him with sugar milk. Although drinking sweetened milk will cause Langurs colic, but since he lost his mother, he must drink it if he doesn’t want to starve.

After being rescued and travel 600km away, Beo was moved to live with other orphans in the EPRC’s kindergaten. During the first year, we gave Beo non-sugar fresh milk mixed with oak-bark tea to help him build a healthier digestive system. At the same time, Beo has also gradually learned to eat leaves like other langurs. He is now start entering adulthood. Goodbye to Thanh, Khoa and the other babies at ‘Kindergarten’, Beo has been moved to a new enclosure with other Red-shanked doucs, then he will start building a new family. 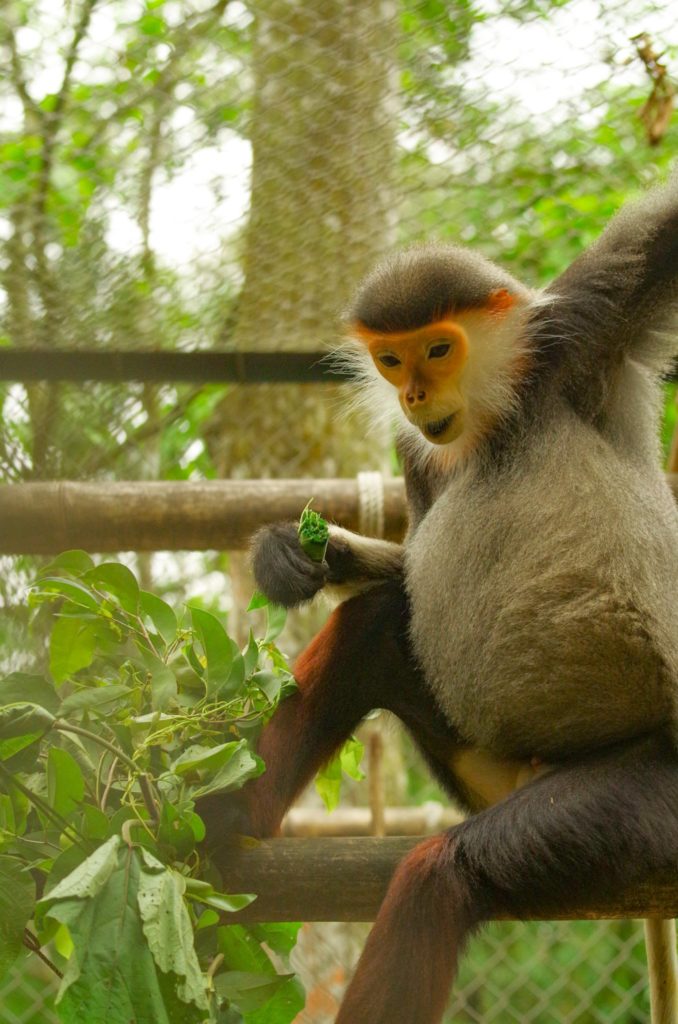