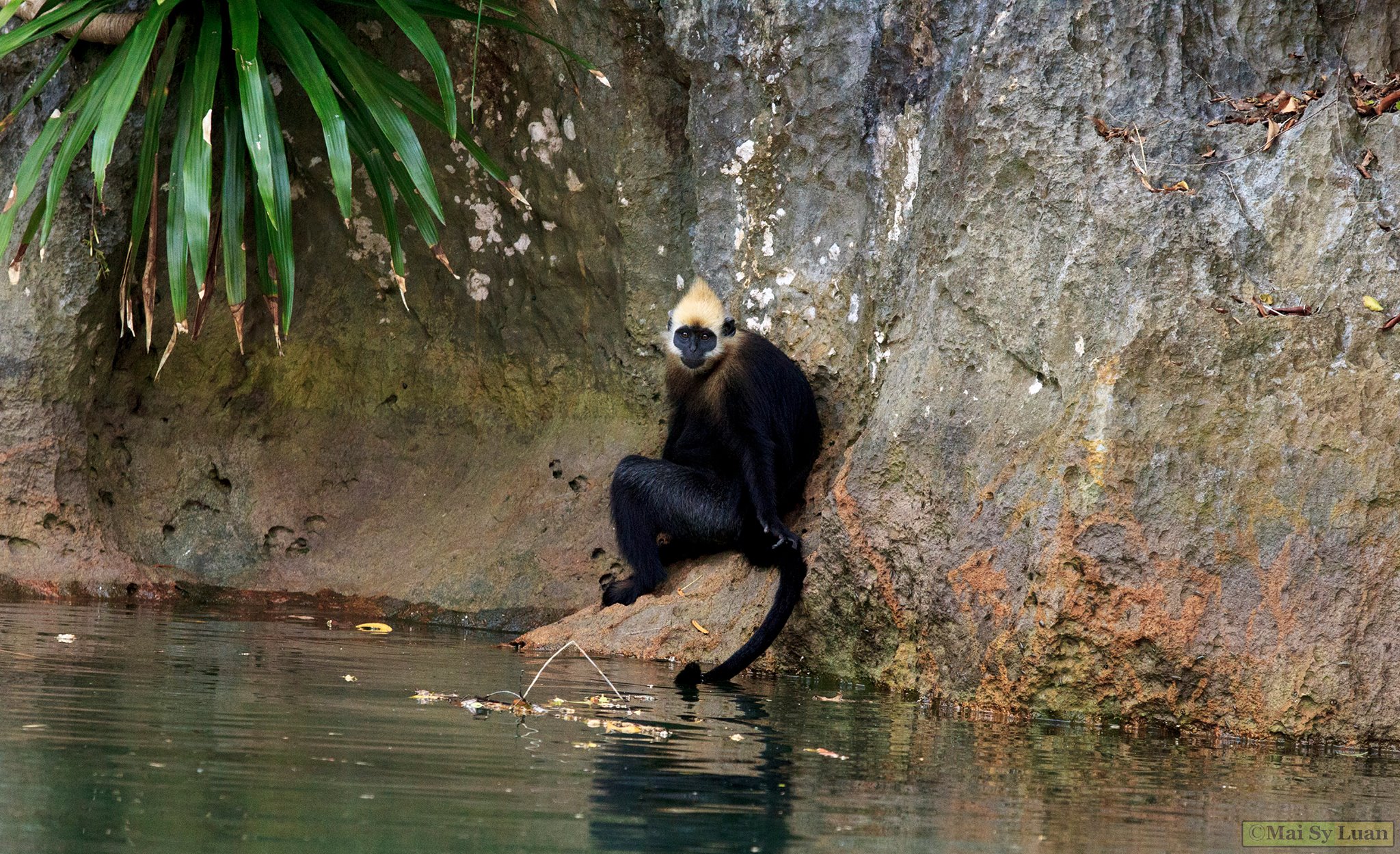 Drinking salt water is a unique typical trait in Cat Ba Langurs which differentiates them from other langur species. As their only natural inhabitat area now is Cat Ba island, it seems that these langurs have adapted to their surrounding environment and seek for some salt water just like the fishermen like their food salty.

The feature picture was beautifully and timely taken by Cat Ba Langur Conservation Project – the only on-site project on Cat Ba island now which specializes in Cat Ba langurs. They established a protected langur sanctuary inside Cat Ba National Park in 2002, and work closely with the rangers to guarantee the safety of these Vietnam endemic primates which are also one of the rarest primates on Earth.

You may have listened to the song of gibbons through our short documentary film, but probably not yet the song of langurs. This rare footage of Cat Ba langurs’ call in the wild from Cat Ba Langur Conservation Project will let you know about the voice of langurs. It is absolutely different from gibbons’ one, yet, still interesting and eye-opening to primates lovers.

Langurs are normally quieter than gibbons. They only vocalise like this to announce their territory or when they feel threatened.

Get to know more about the critically endangered Cat Ba Langurs.