Resolve to turn the tide every day.​

eprc is home to

Many of these rare primates are kept only at the Endangered Primate Rescue Center.

The Endangered Primate Rescue Center is a not for profit project dedicated to the rescue, rehabilitation, breeding, research and conservation of Vietnams endangered and critically endangered primate species. First established in 1993, through a collaboration between Frankfurt Zoological Society and Cuc Phuong National Park, the center is presently managed under the umbrella of the Vietnam Primate Conservation Program, jointly operated by Zoo Leipzig and Cuc Phuong National Park. More than 180 animals have been born at the center, some being the first of their species to be born in captivity, including the critically endangered Cat Ba Langur, Delacour’s Langur, and the Grey-Shanked Douc Langur.

Today the center is home to around 180 primates representing 15 species. The primates are housed in more than 50 large enclosures including two fenced semi-wild areas of primary forest, measuring 2 and 5 hectares in size. These enclosures serve to prepare animals for release into the wild and provide opportunities to study the behavior of animals in semi-wild conditions.

The EPRC currently employs 31 staff both from the local community and abroad. 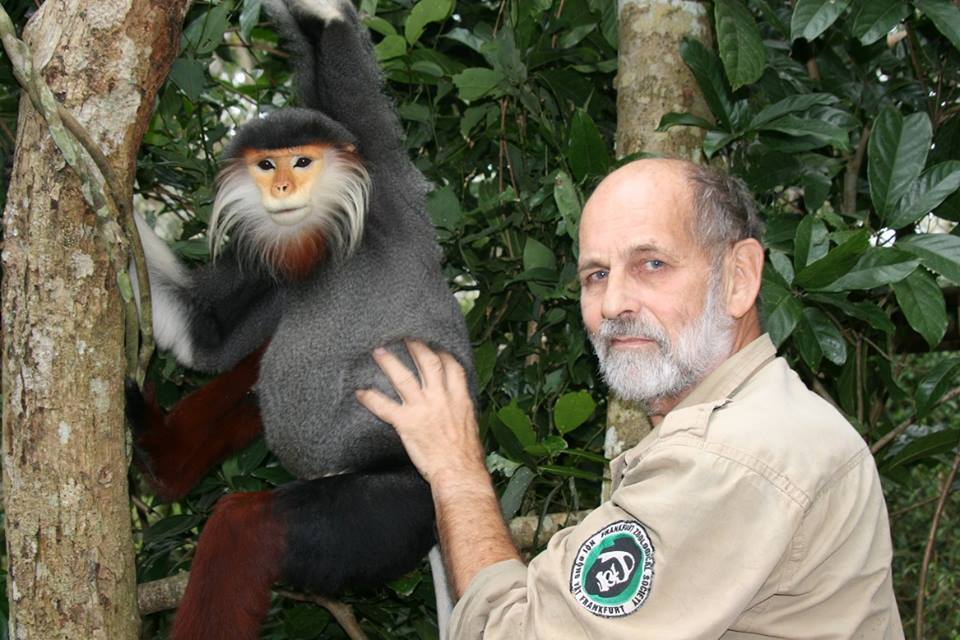 Tilo has been active in primate conservation in Vietnam for over 20 years. Originating from Dresden, Germany, Tilo came to Vietnam as project manager for the Frankfurt Zoological Society in 1993. In the same year, he founded the Endangered Primate Rescue Center in response to the need for rehabilitation of confiscated primates and was the Director of the EPRC for 22 years. 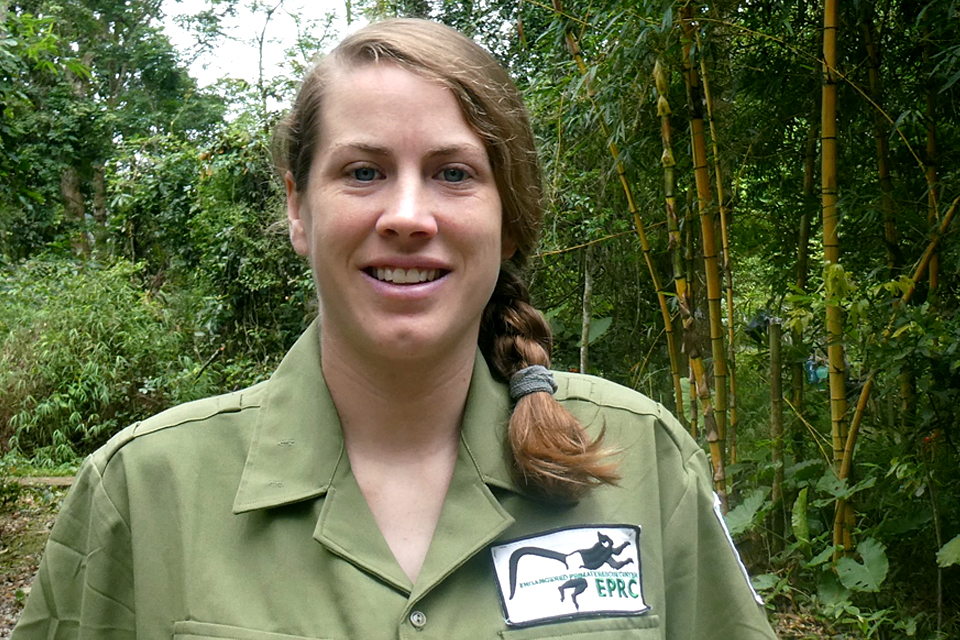 Caroline is a primatologist from the United States. She did her master’s research on the gibbons at the EPRC in 2018. She worked with rescued biomedical chimpanzees while completing her coursework at Central Washington University. Caroline is passionate about animal welfare and the conservation of Vietnam’s biodiversity. She has been serving as the Director of the EPRC and the country representative of Zoo Leipzig in Vietnam since Spring 2019. 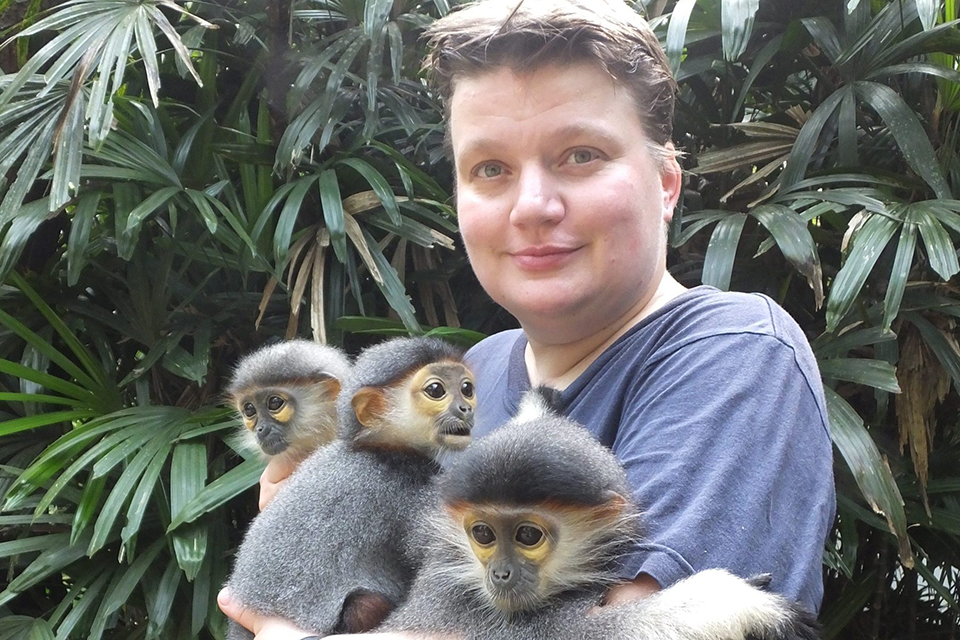 Elke first came to the EPRC in 2002 and stayed for 5 years with support from the Society for the Conservation of Species and Populations (ZGAP). In 2007 she began working for Zoo Leipzig and was able to work as head keeper at the EPRC at regular intervals as part of the zoos’ keeper training program. As a professionally trained zookeeper, Elke has been able to pass on valuable knowledge and skills to the EPRCs local staff. Fluent in Vietnamese and currently learning the Muong language, Elke works directly alongside the head keepers to oversee all day to day ground operations, and training of staff. 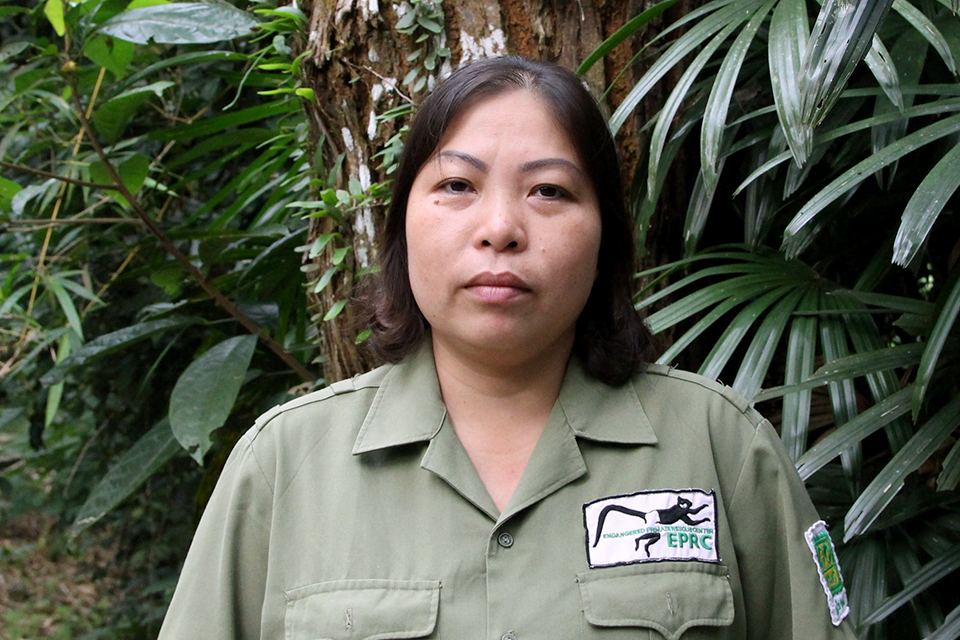 Hue began working at the EPRC in 2002. Over this time she has worked in all aspects of center operations, including animal care, technical, staff management, and financial management. Hue is responsible for the day to day management of staff and animals, reporting EPRC activities to the national park management, and purchasing of animal food and equipment. 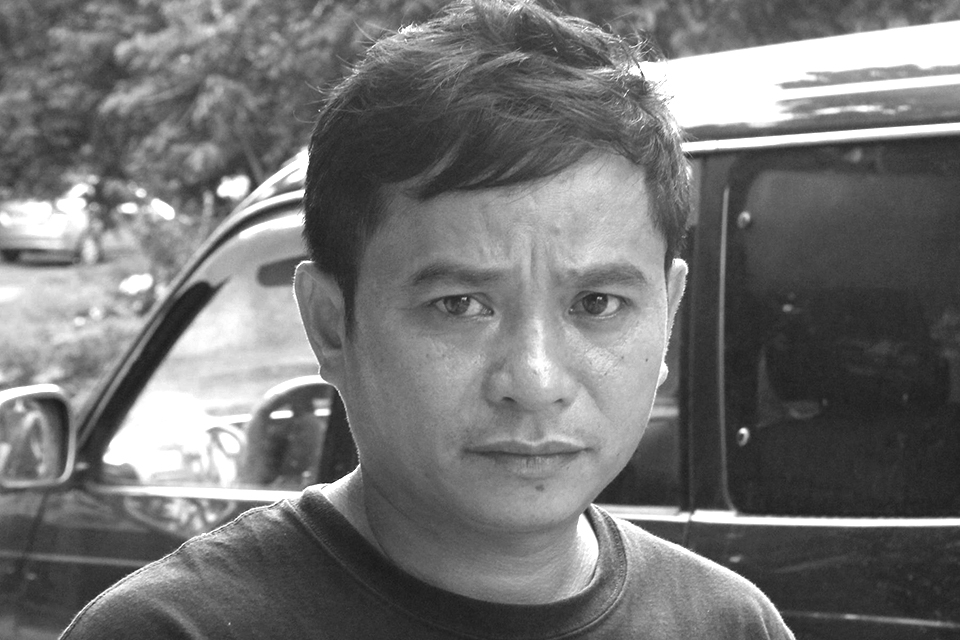 Vinh started at the EPRC in 1996 and is the longest-serving staff member. Vinh has seen the EPRC grow from only a few animals to what it is today. He has visited Australia for a work placement on the primate department at Melbourne Zoo. In his role as Head Keeper, Vinh’s primary responsibility is to ensure our infrastructure is maintained, build new enclosures and manage technical staff. Vinh is also our main staff for the rescue of confiscated primates. 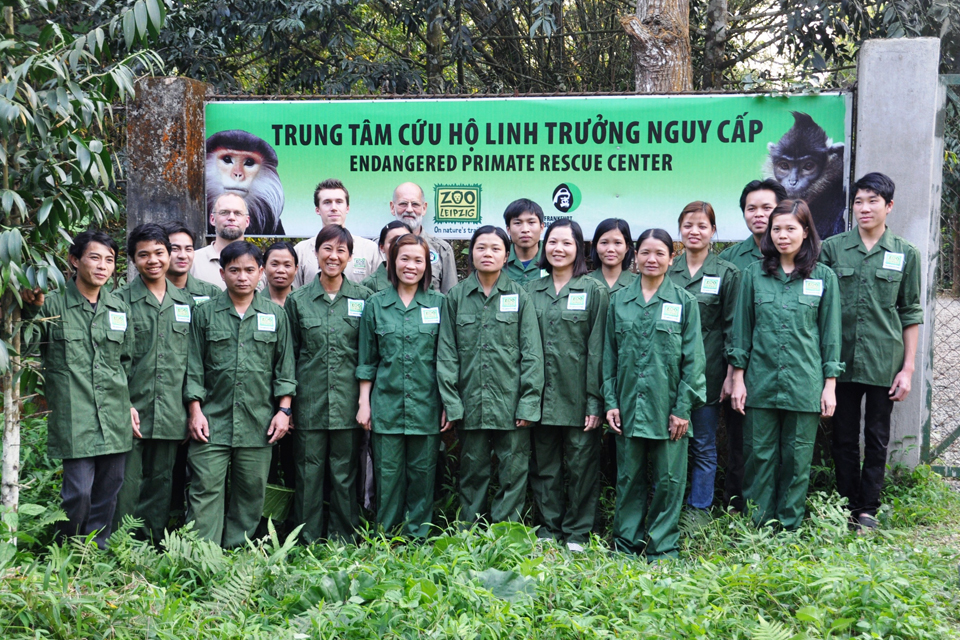 The EPRC employs more than 25 local keepers from the region, the majority of whom live in local villages of the Muong ethnic minority, thus the center is an important contributor to the livelihood in the area. Muong people speak a dialect different from the official Vietnamese and traditionally live in a stilt house. Many of them work multiple additional jobs including farming, raising livestock and so on.