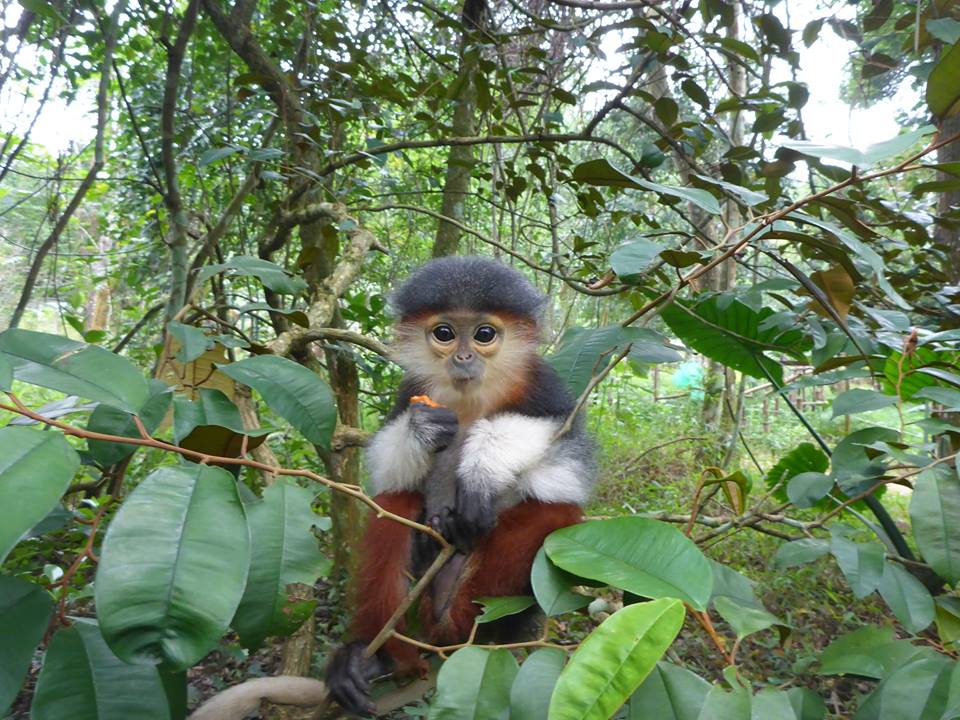 When Beni arrived, he had swollen eyes and face, bit incessantly and disliked the idea of being near human. Although as sick as he had been at the time, our keepers struggled to feed him due to his resistance. But, with patience and tenderness, we gradually won his trust and eventually he became a well behaved red-shanked douc langur like today.

So once a day when the weather is nice, Beni will have a chance to play outside his cage for a while. Like in these pictures. 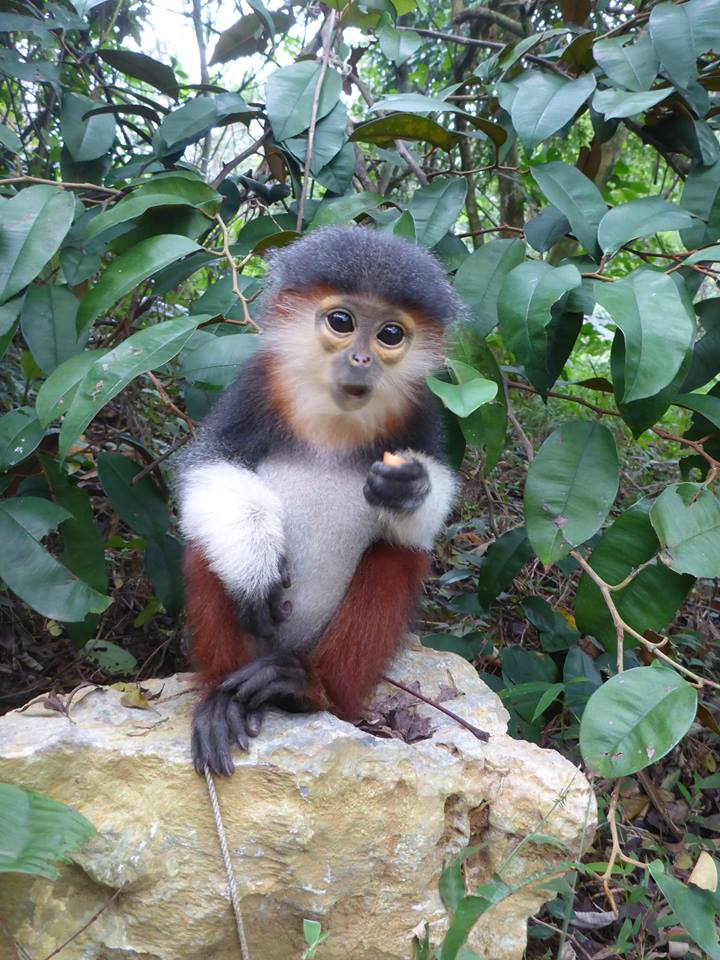 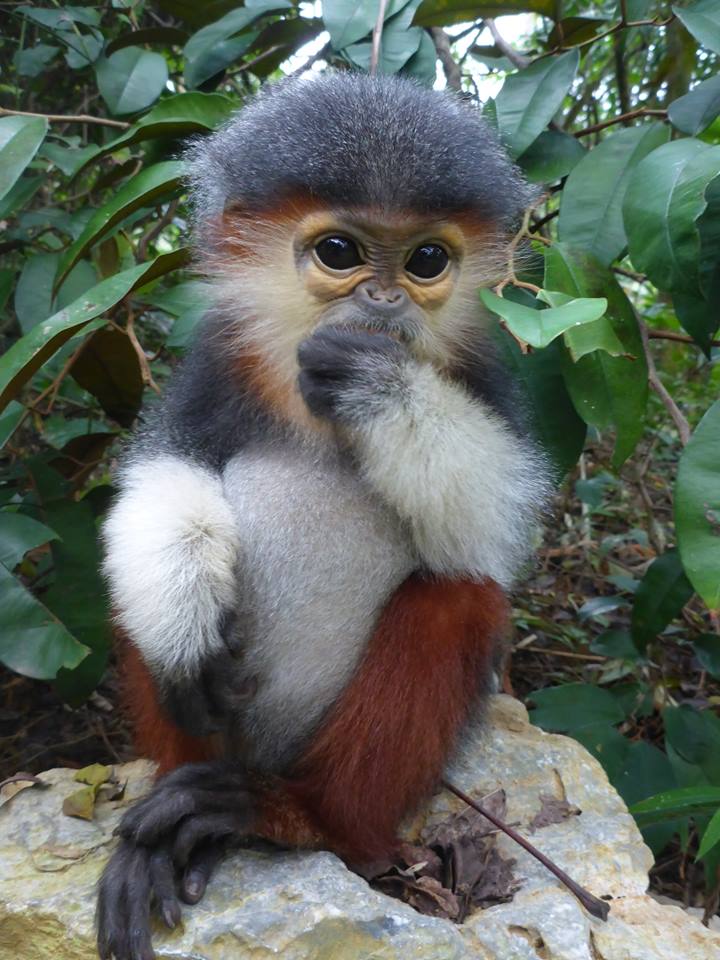 » But I do also like carrots though”, he said.

Beni has the habit of eating his own poop. He confessed to me in his squeaks:

So I have a habit of eating my own poop. The baby keepers never caught me in action, but I think they know about it by cleaning my teeth with a tissue after every meal. I was only small when I lost my family, and did not get all the good bacteria a langur needs for a diet of leaf. Leaf can be difficult to digest and eating my own poop helps, by boosting my gut flora and allowing for more thorough digestion, which is better for my health. Can you promise not to tell them? I might feel embarrassed.

We let him free for a few minutes. He immediately dashed to the nearest rock and savoured his bonus for being well-behaved.

At EPRC, we have routine schedule to weight our lorises. This assessment is essential to determine whether lorises’ well-being remains healthy or not. Thus, I just had to take advantage of this occasion to photograph these beautiful day-sleeping animals that otherwise couldn’t be shot. 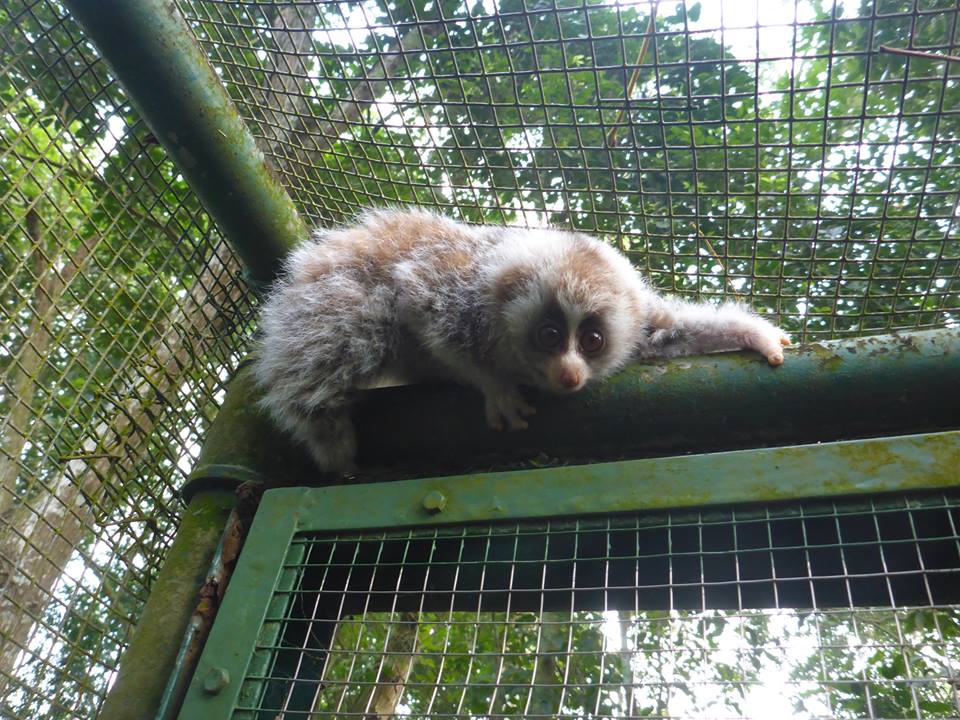 If you look closely, you will be amazed at how remarkably similar the loris’ fingers and nails are to human’s. Unlike other mammals, a loris has nails instead of claws which allows loris to handle objects more easily. On the other hand, thumb mobility helps loris to manipulate objects better. You can take a closer look at the thumb of his forefoot which is extending to grasp the bar. This feature allows our loris to hang on tight and not fall off. Plus, a loris has grasping feet. Their dexterous and mobile toes enable them to grasp and climb more readily. 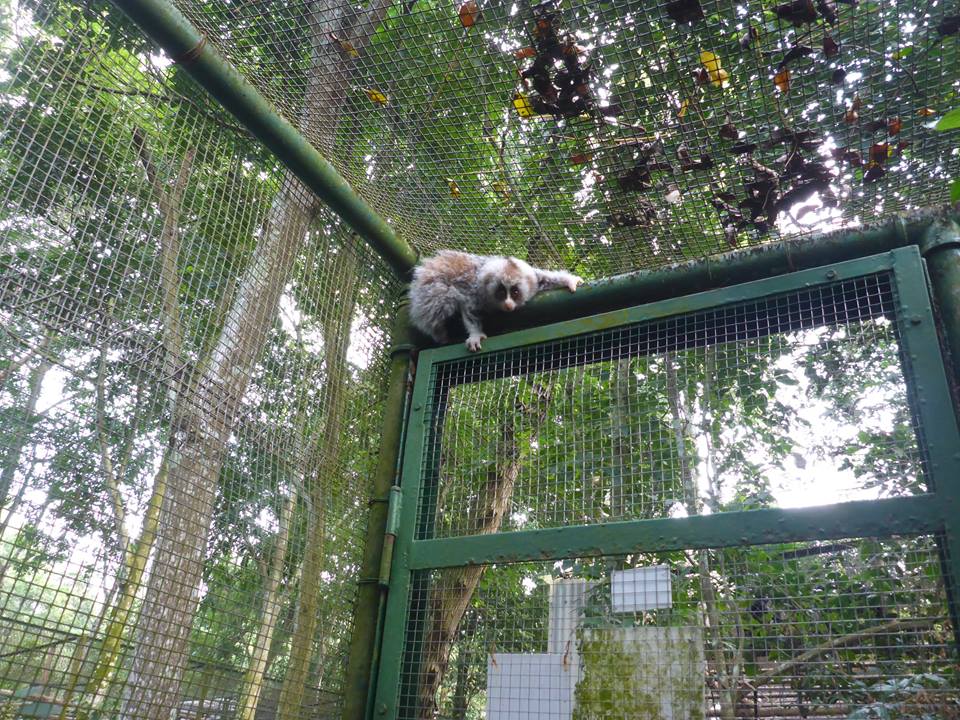 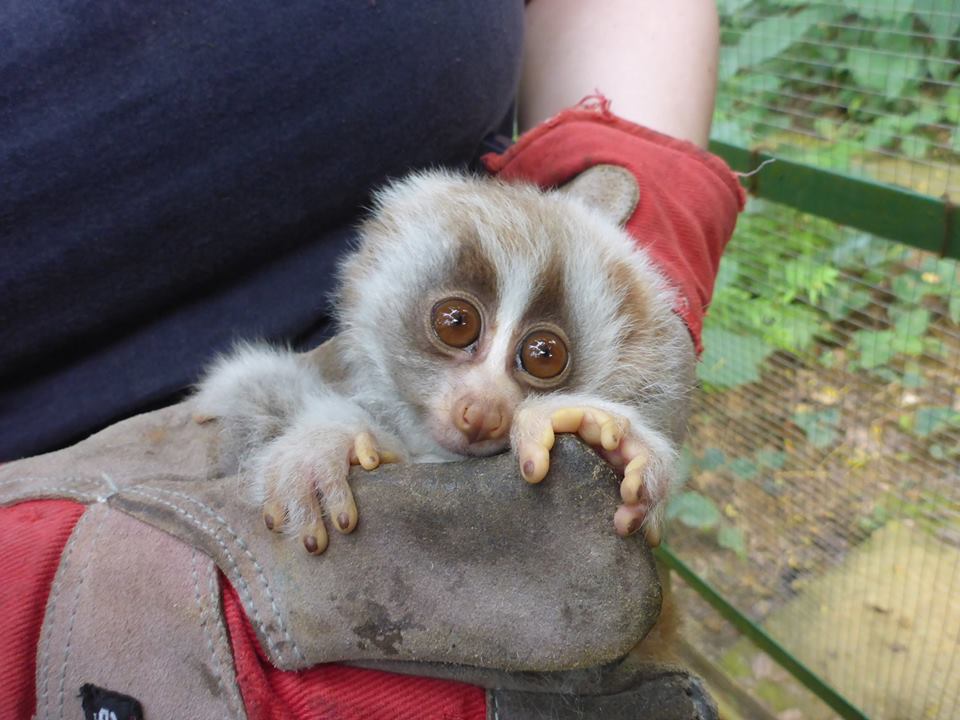 Now you may look at your hands and contemplate about the how closely related we are to the primate animals.

Hungry for more snaps of gorgeous primates from EPRC? Follow our Facebook page or check out Photos of the week, Vietnam Primate News and What’s going on to quench your thirst of curiosity for lorises.