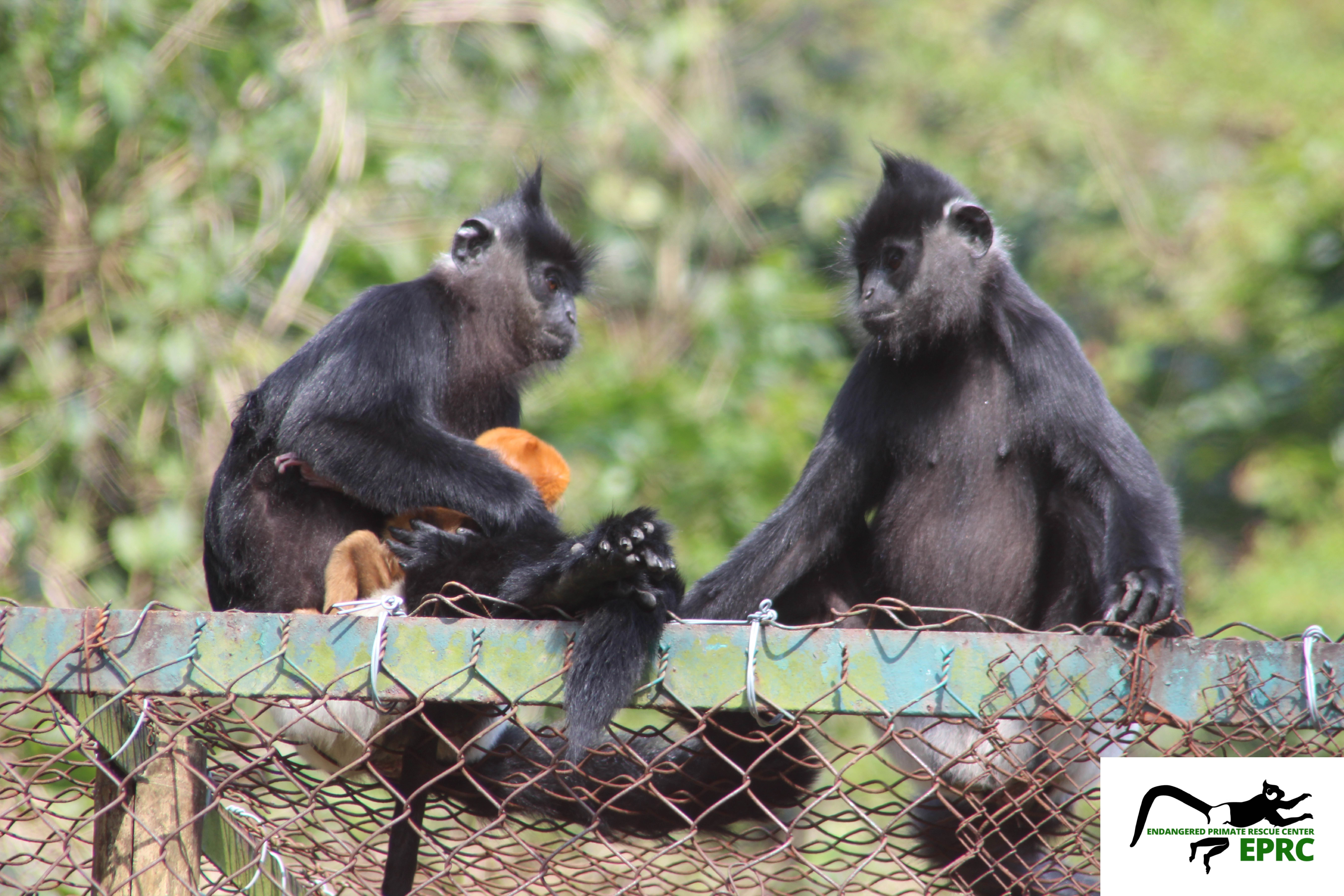 Because of the social structure of langurs, and Delacour’s langur in specific, in captivity, it is nearly impossible to have two male adults in the same cage. Whereas in the wild, the group structure also consists of one alpha male and more than one female. For this reason, we were expecting a girl. But even after days of ambushing, we were unable to shoot a clear photo identifying the sex of the newborn. In fact, the first 3 weeks of its life, the newborn had always stuck with its mother by clinging tight on the mother’s belly while the mother seemed to shield her baby from the eyes of curious onlookers.

But thanks to Chris, a primate enthusiast who paid us a visit recently, the sex of the newborn was finally revealed. IT’S A GIRL. 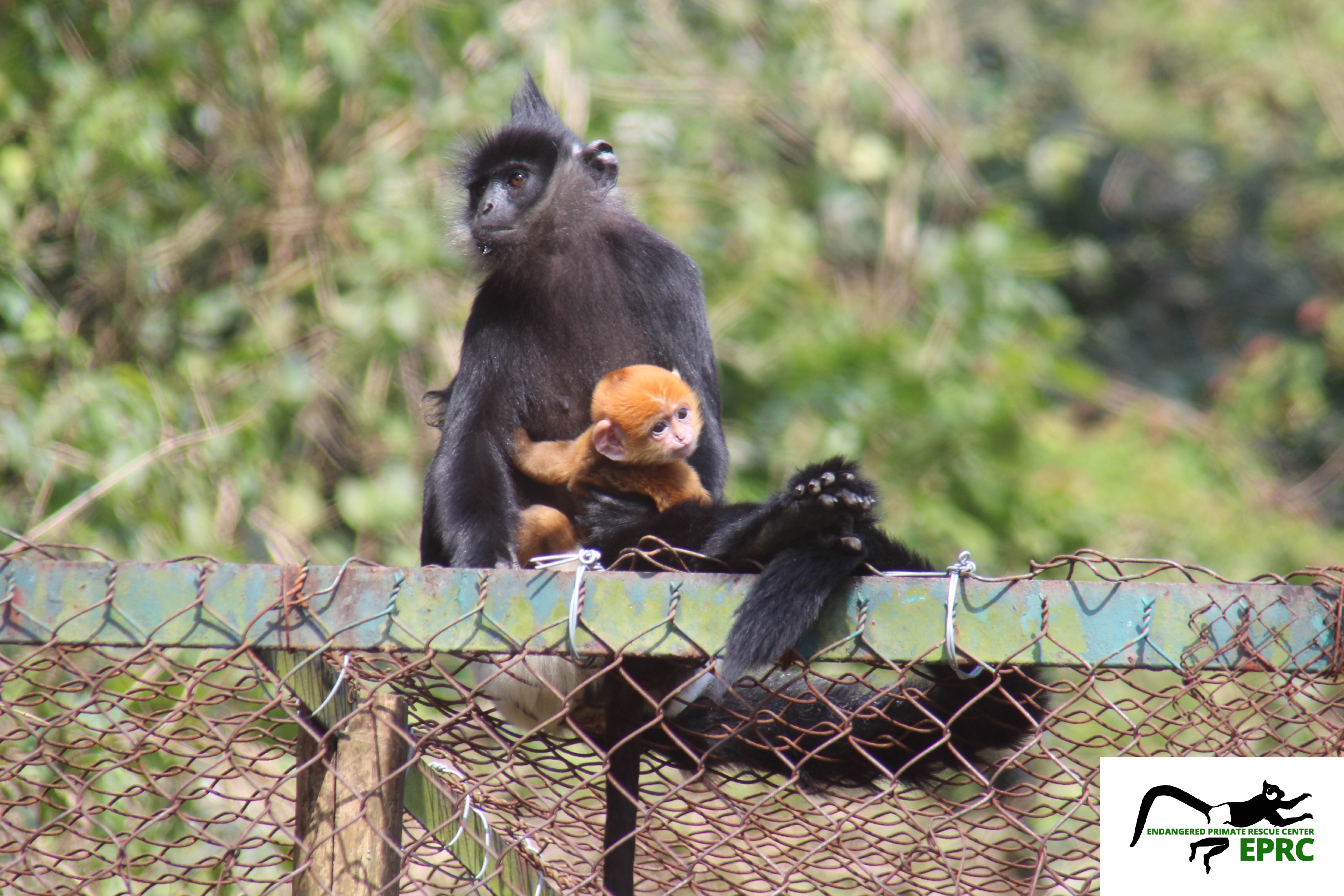 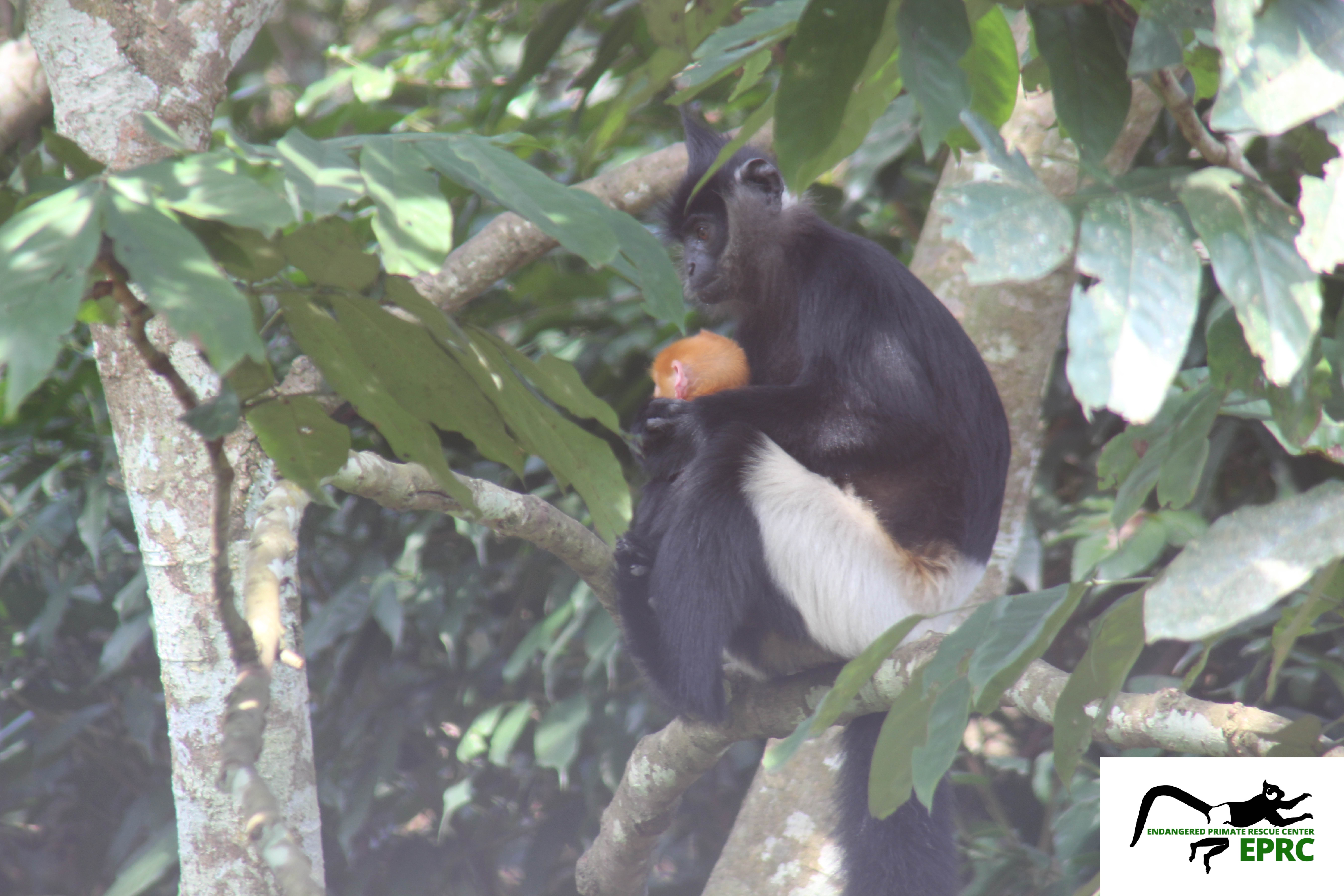 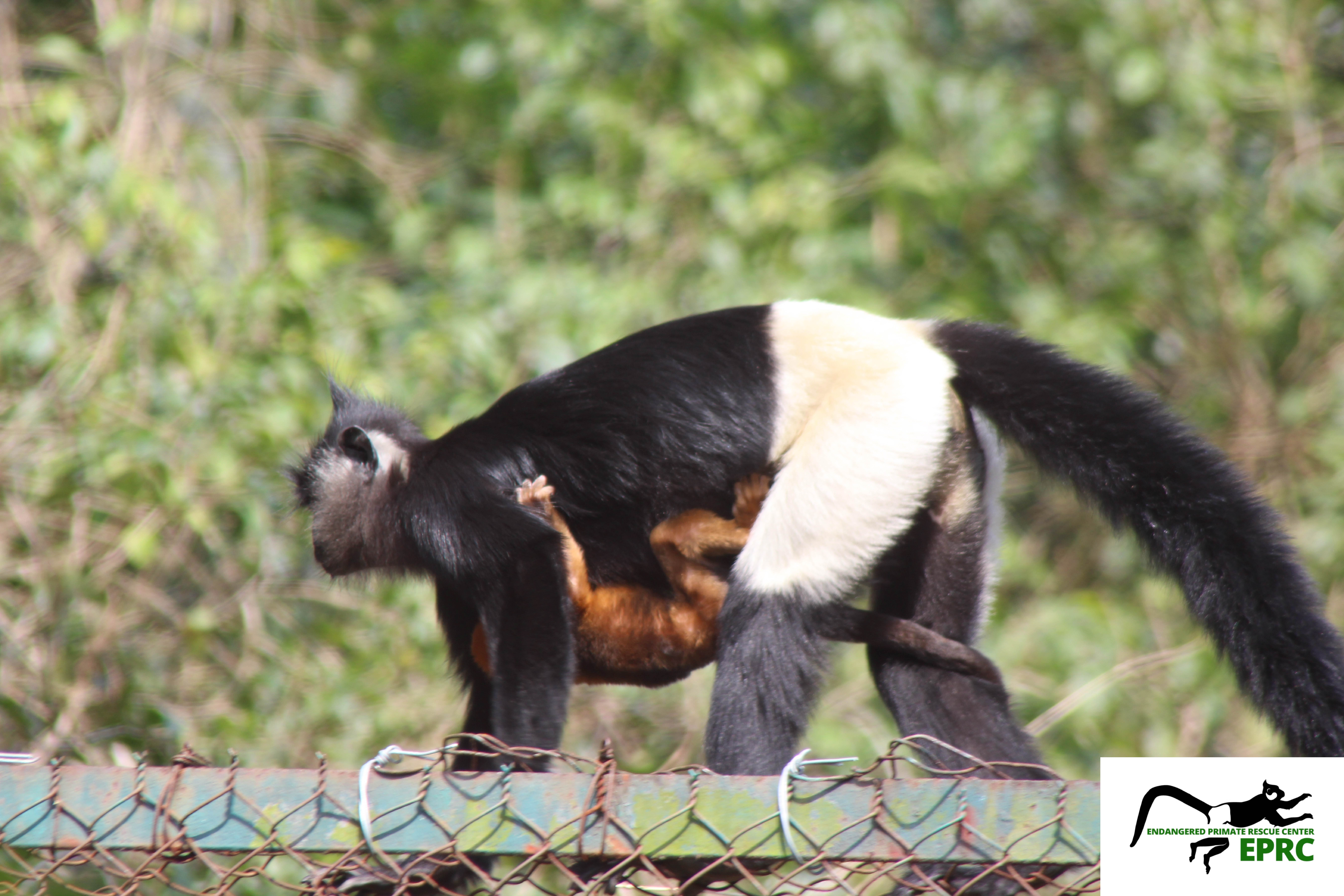 Offsprings of the Delacour’s langur are born orange. However, a girl would have a white patch on its bums, as you can see on the photo above whereas a boy wears a complete orange fur. Both sexes will complete their color transformation at the age of one to one and a half. By then, they will become distinctively recognisable from other species for having a white patch on its rump resembling white shorts.

Delacour’s langur is the flagship of, not only the EPRC, but also Cuc Phuong National Park. The six Delacour’s langurs in the semi-wild enclosure of EPRC are likely to be released back to the wild in the near future.