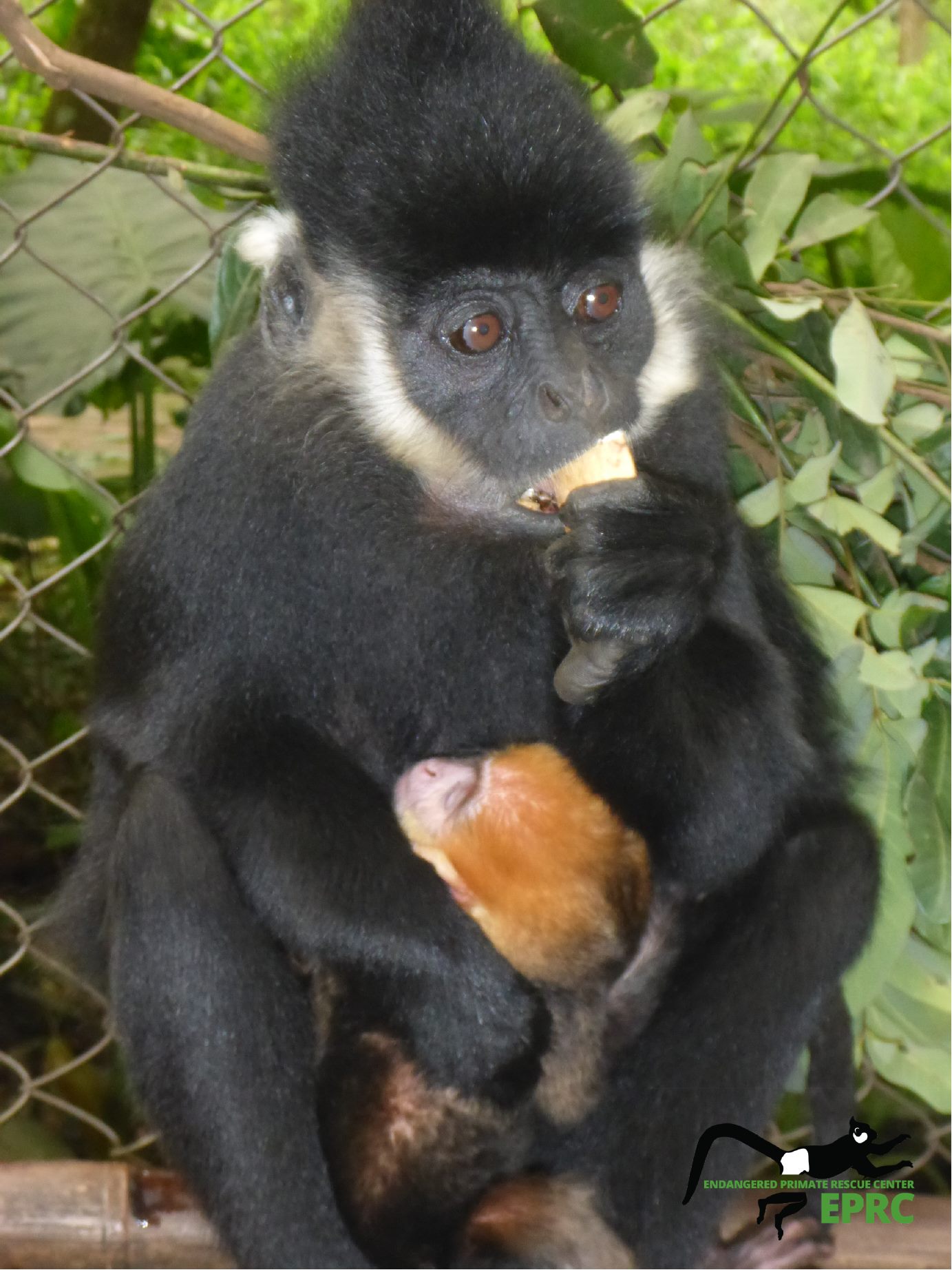 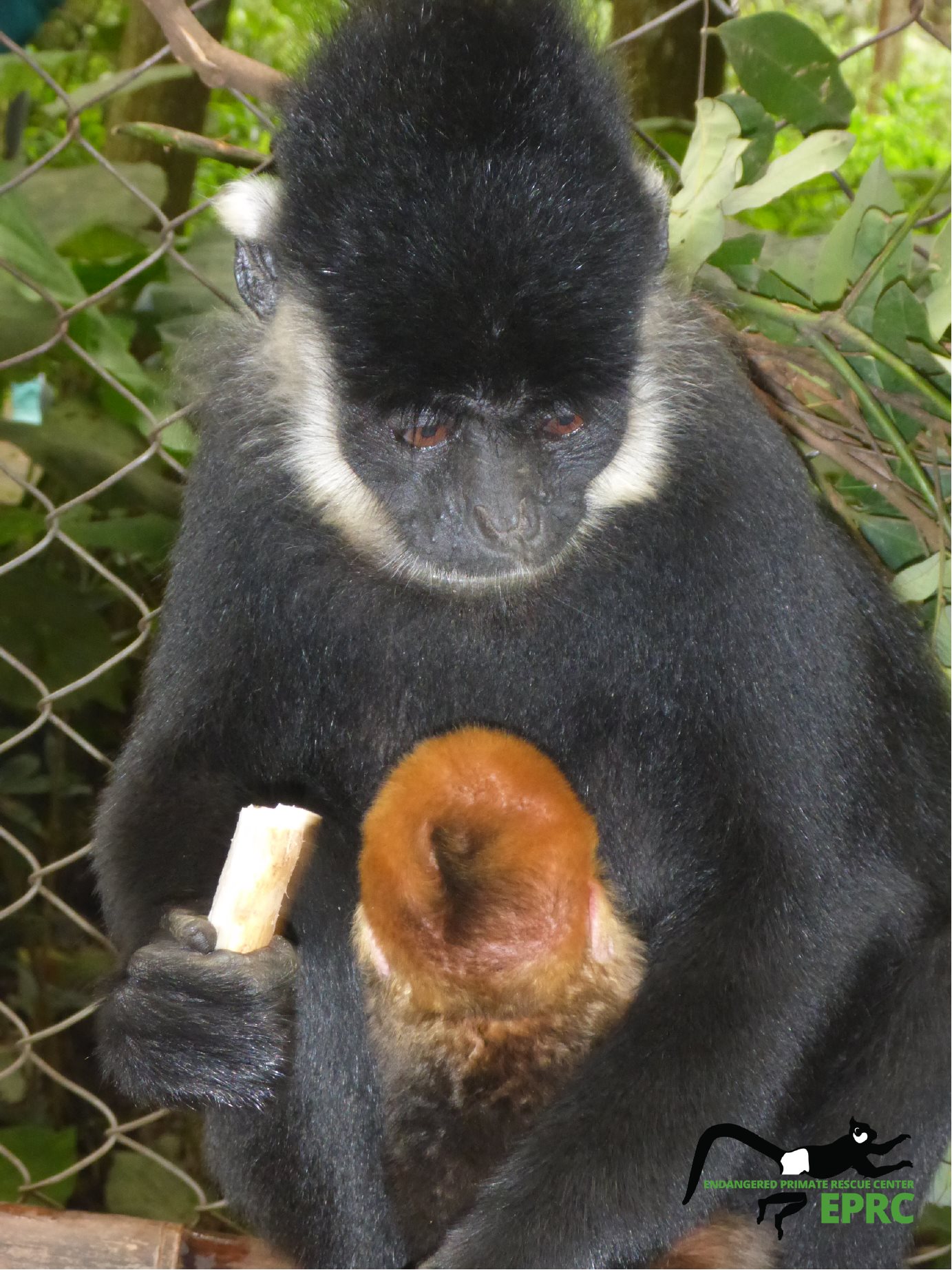 It is also a common behaviour for female individuals in a group of langurs to take turn and take care of the infant. This “aunting behaviour” can range from merely approaching the infant to active carrying and protection of the baby. In cage 6A in the EPRC, visitors can observe this behaviour of Hatinh langurs as in addition to the mother, the other females in the cage would occasionally take turn and carry the newborn.

To read follow-up stories about the new Hatinh langur baby, check out our Facebook page for the quickest and latest update. Or, check out other inside stories that happen here in EPRC by clicking here.