admin• October 1, 2016• Behind the Scenes at EPRC, English, Photo Album

Our Primates Are Photographed by National Geographic Scientific Advisor

Take a sneak peak into the collection of photographs that was taken at the Endangered Primate Rescue Center by the multi talented Pierre de Chabannes, National Geographic Society’s Scientific Advisor, who has travelled around the world with the mission of documenting the 12,000 species held in captivity presently.

The Endangered Primate Rescue Center, who houses some of the rarest primates on Earth that cannot be seen in any other captive facilities in the world, presents wildlife, zoo and primate photographers a unique chance to broaden their photo collection of endangered and lesser known animals. In this article, we would like to share with you some of the best shots of the primates in the EPRC that were captured by Pierre de Chabannes, along with basic description of the species and story of the individual.

» Manni and Mickey, two besties who are grey-shanked douc langurs receive special care from baby keepers in the EPRC. They are a species listed in the “World’s 25 Most Endangered Primates” for having less than 2000 individuals left in the wild. 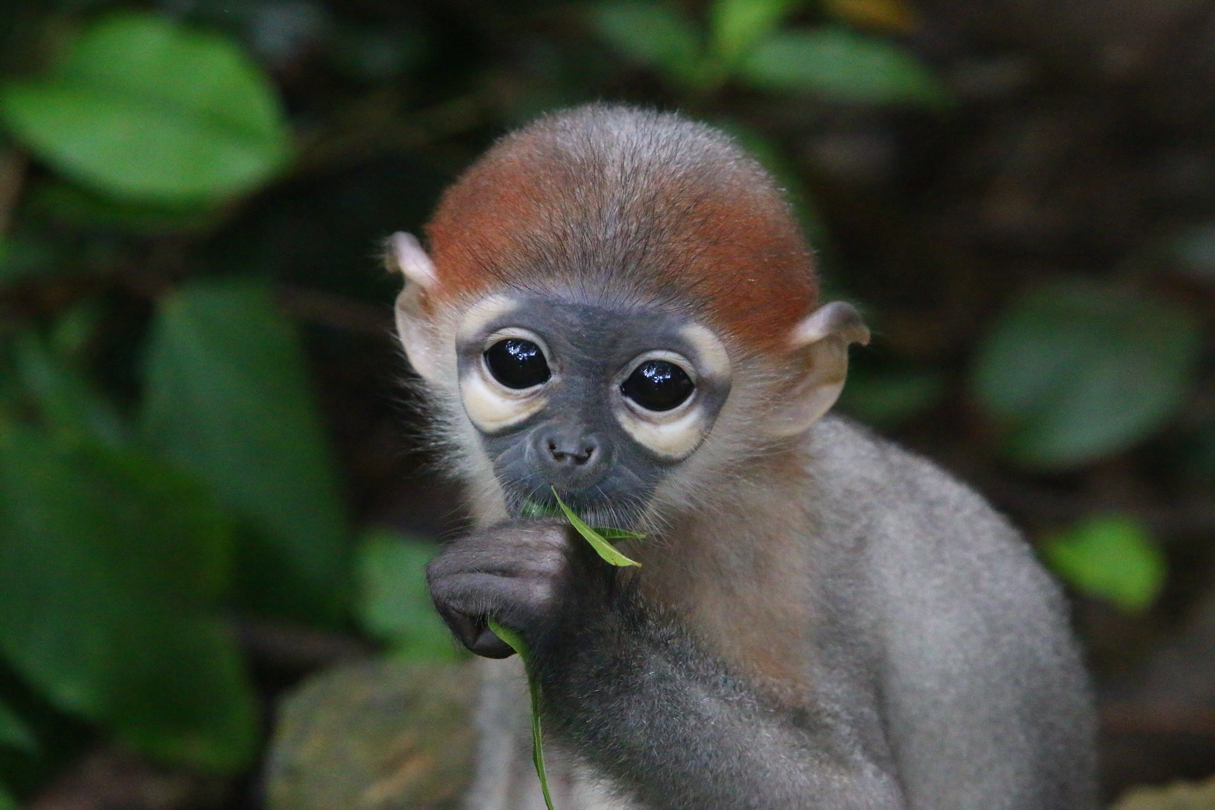 » A grey-shanked douc langur named Manni learning to chew leaves. This individual was rescued in Central Vietnam after it was allegedly found alone in the bush by a local villager, and now has no choice but to live in the EPRC. Photo in courtesy of Pierre de Chabannes. 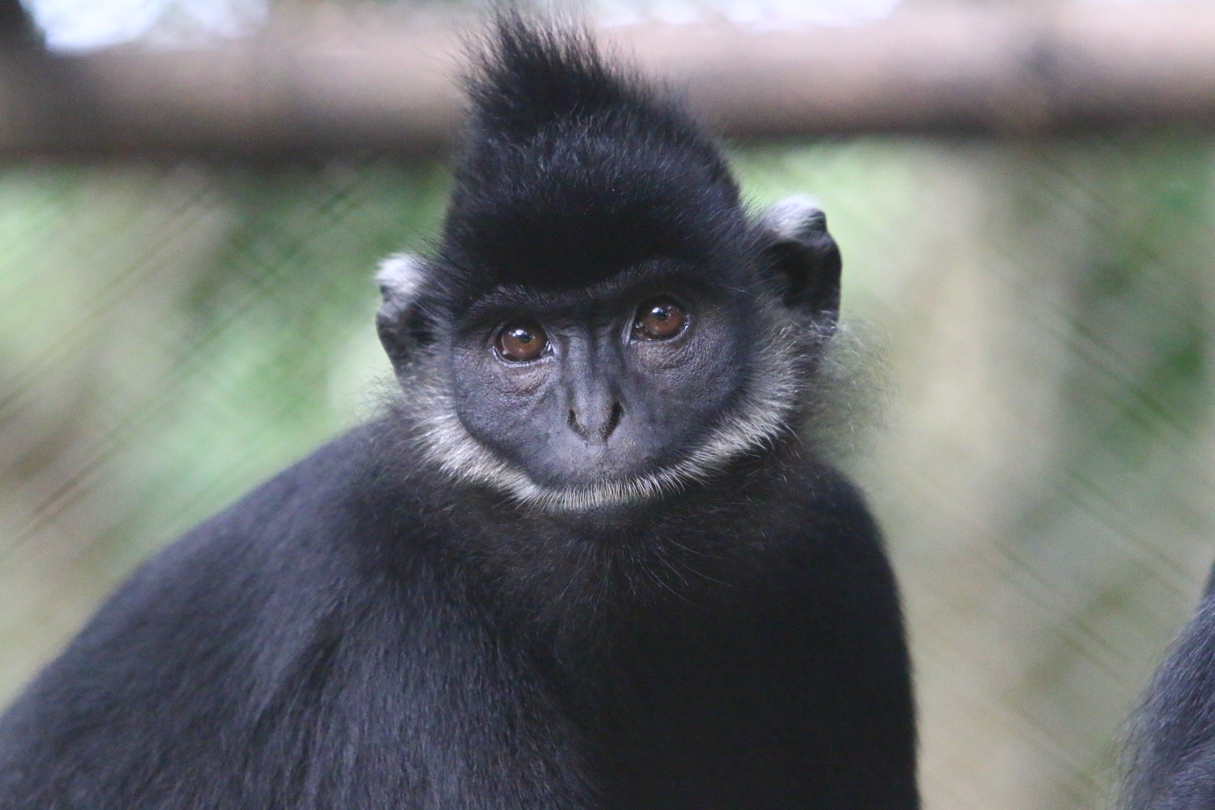 » Hatinh langurs account for one fourth of the captive population of primates in the EPRC due to an excess of Hatinh langur confiscation in the last decade, and to EPRC’s successful breeding program for this species. 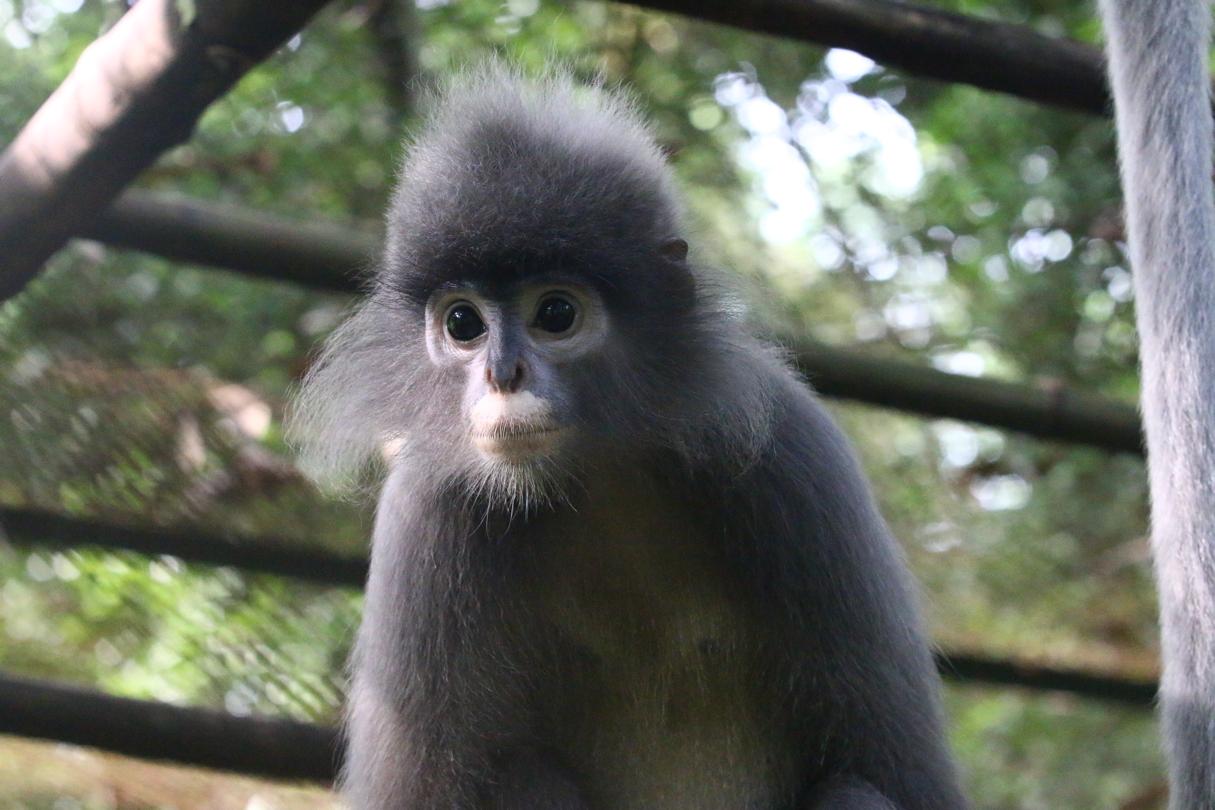 » Cat Ba langur is the only documented primate who is capable of drinking salt water. They are seen wagging their tail into the water and then drink salt water from it. Cat Ba’s population is strictly limited to Cat Ba island, Vietnam and is less than 70 individuals. 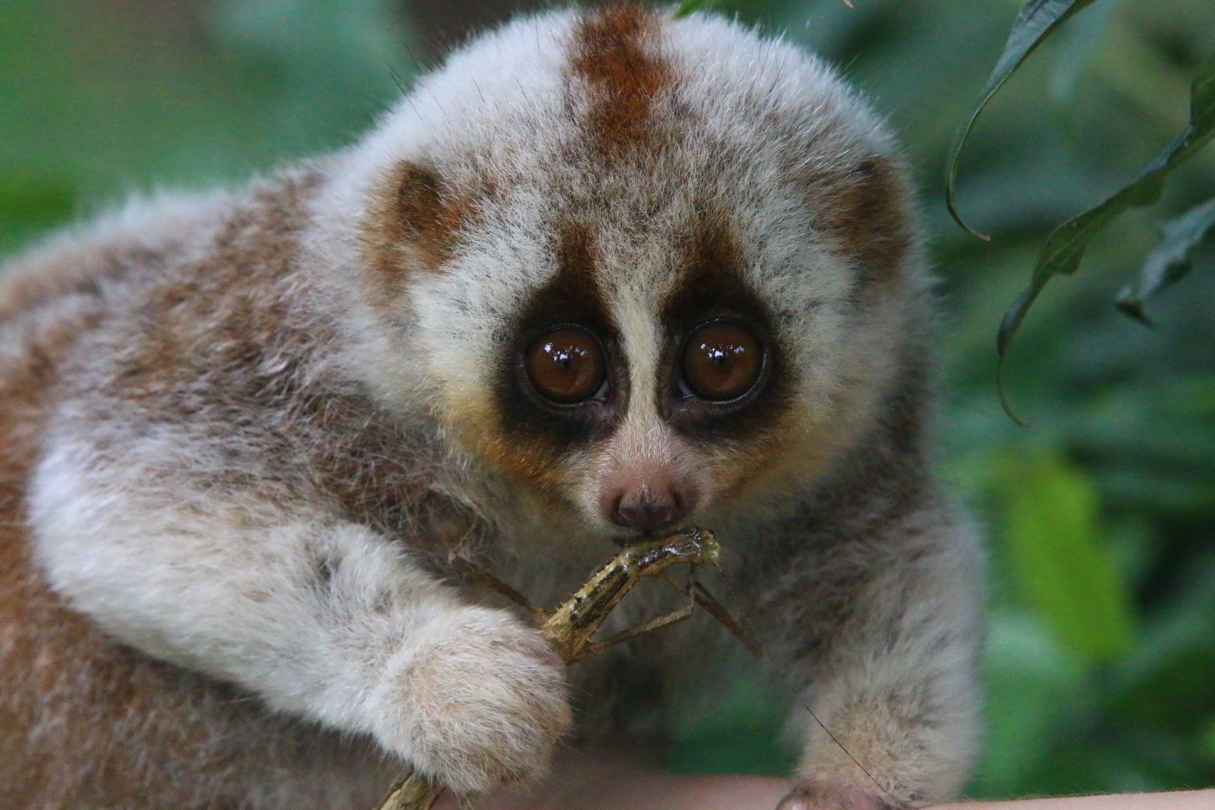 » Slow loris’s diet consists of fruits, insects and tree sap. Illegally kept loris by normal people is usually fed with improper food resulting in diseases or even death in loris. Most lorises rescued by the EPRC come from local people who keep them as pets. 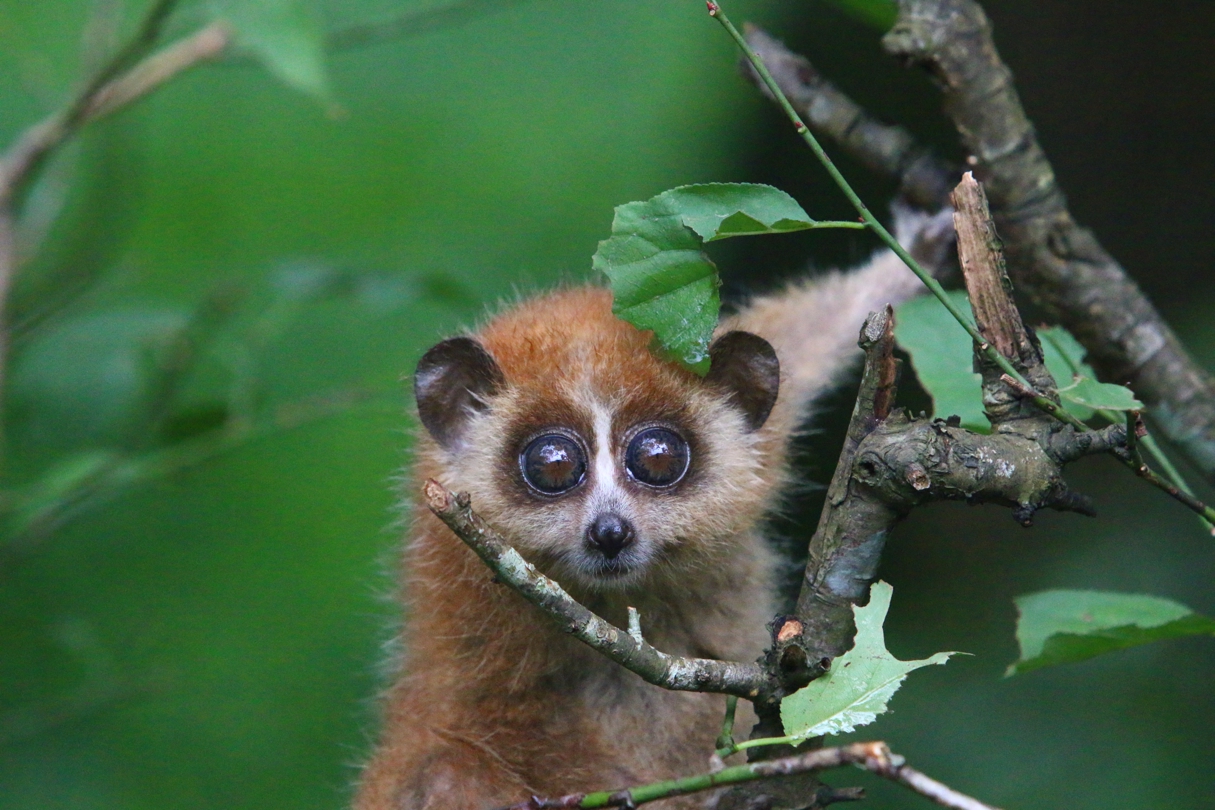 » Pygmy loris and slow loris who came to the EPRC have a high likelihood of being released to the wild thanks to EPRC’s swift release protocols. 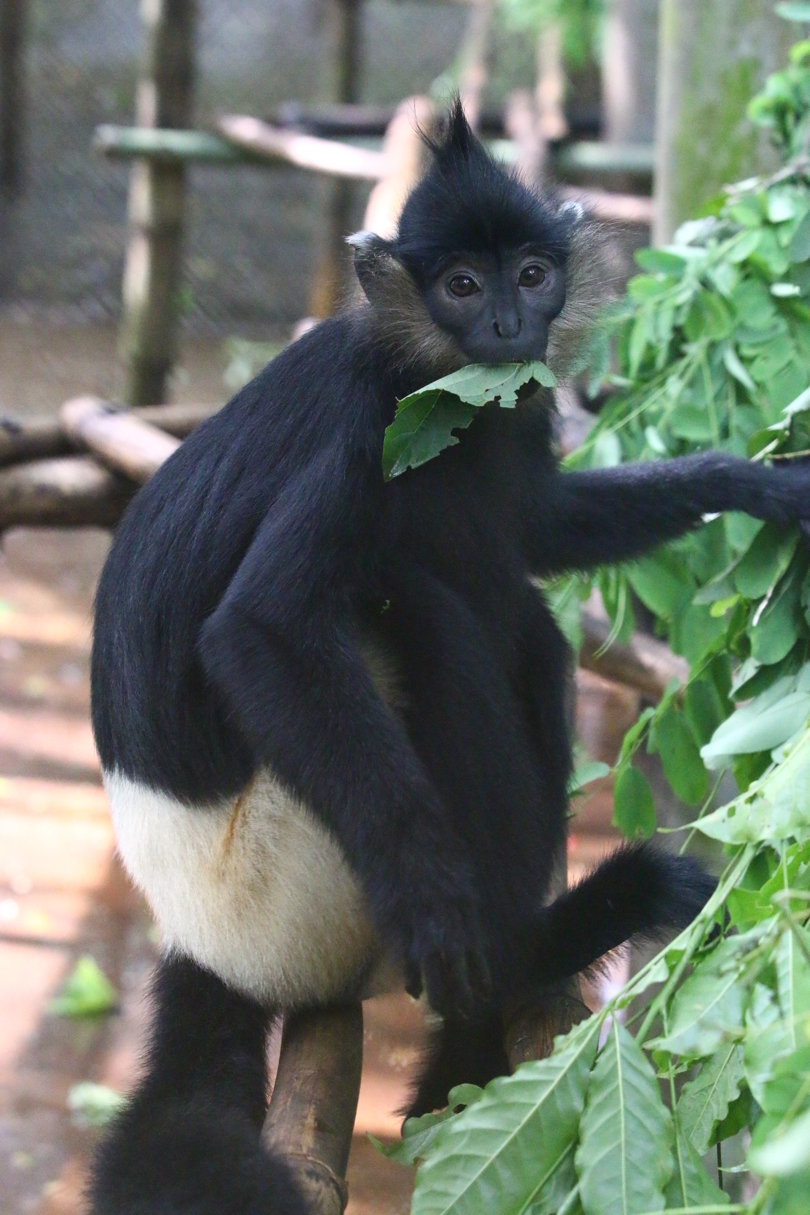 » Delacour’s langur is the whole reason why the EPRC started. Their last viable stronghold is in Van Long Nature Reserve, where visitors can take a boat tour and admire them running on the rocky limestone landscape from distance

Photography has proven to be one of the most effective ways by which a storyteller can connect to his audience. And Pierre de Chabannes, with his amazing collection of animals around the world, works towards a goal of educating and inspiring people around the world to care more and pay more attention to the animal kingdom through his shots. His project can be found here, to see more photos of primates in the EPRC, check out our Facebook page.